When I was younger I participated in many sports and outdoor activities that ended in bodily harm, including broken bones, aching joints, scrapes, bruises, and back injuries. After years and years of damage to my body, I was used to a certain amount of pain on a daily basis, but eventually it got so bad I couldn’t even tie my shoes. Even the most simple activities would cause a great deal of pain, such as putting socks on in the morning, getting in/out of a car, or picking up trash from the ground. I was in so much pain I just stopped doing anything that involved bending over. I lived with this type of pain for almost two years, hoping it would just go away on its own.

After two years I had finally accepted the fact that I was not going to get better unless I did something about it, so I made an appointment with a chiropractor. This chiropractor also called himself a wholistic healer and he was wearing a Hawaiian shirt and had two large hoop earrings. I hate to say it, but I should have known better than to stay, just from the looks of this guy. I gave him the benefit of the doubt and ended up getting about 10 treatments. My initial instinct was correct about this guy, he was not a very good chiropractor and might have even been a little crazy. My back was exactly the same as when I met this guy nearly a month earlier. Needless to say, I was a little disappointed with chiropractors at this point.

Almost a year later I was still in a great amount of pain, but I had accepted the fact that I would have this pain the rest of my life. At a party, I met a chiropractor who I told about my pain. She promised she could help relieve the pain, if not eliminate it completely. I was skeptical at first, but she seemed so confident that I had to give it a try, because I ultimately had nothing to lose. I told her I would be in the next week for my first treatment.

Upon arriving in the chiropractic office, I noticed a much more professional atmosphere and everyone seemed to be in a good mood, even the patients. Unlike last time, there was no incense burning and no Hawaiian shirts. After my first treatment, I was still skeptical, but my back did feel a little better. After my 5thvisit, I could put my shoes on with very little pain and after my 15th and final visit, I was 100% pain free.

This was an amazing experience for me, because I thought I would be in pain the rest of my life and had given up on all the sports I used to participate in. Today I am still pain free, but I visit the chiropractor a few times a year, just to make sure I remain pain free. 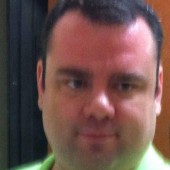 Sitting Behind A Desk?

Fastest Way To Recover From An Auto Accident

Getting Started With Chiropractic